THE WIND IS FREE
History
The Contessa 32 is a 9.75m (32ft) fibreglass monohull sailboat, designed in 1970 by David Sadler in collaboration with Jeremy Rogers, boatbuilder. Rigged as a masthead sloop, with a fin keel and a skeg-mounted rudder, the Contessa 32 is classified as a cruiser-racer. Boats in this category are seaworthy enough for offshore voyages in a variety of weather conditions, but also perform well in races. The trait most often associated with the Contessa 32 is her ability to endure harsh weather and rough seas. A Contessa 32 was the only yacht in the small boat class to finish the disastrous 1979 Fastnet Race, in which 15 lives were lost. Production by the Jeremy Rogers boatyard restarted in 1996 after ceasing in 1982 and still continues. (www.wikipedia.org)

This article writes about the seaworthiness of Contessa 32's and Rustler 36's; www.classicboat.co.uk 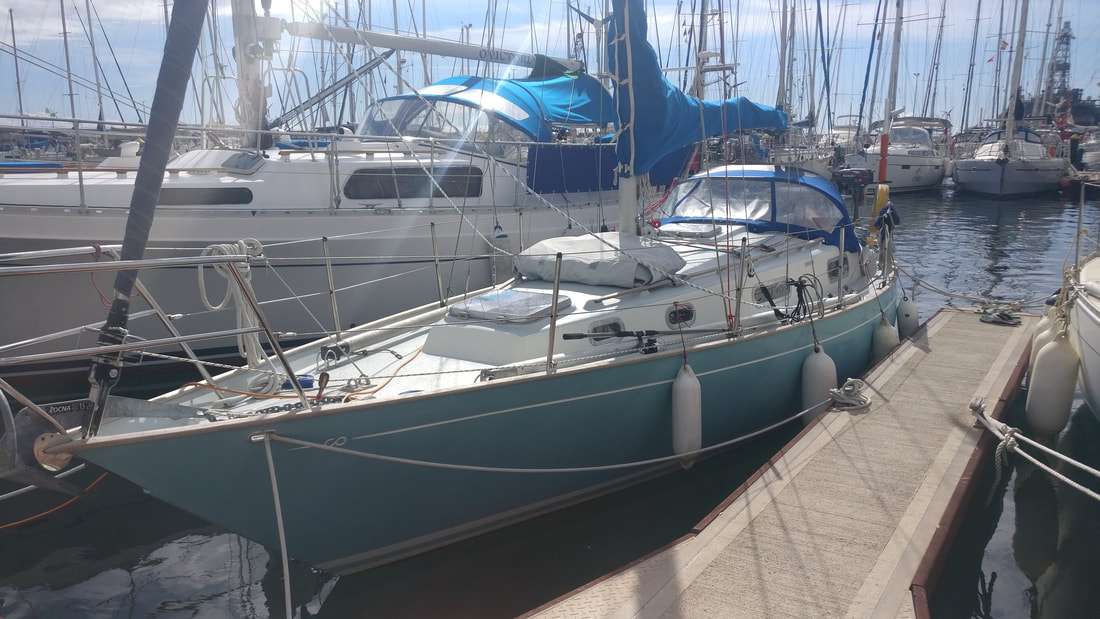